Continuing with the book lists theme of my most recent posts I would like to offer you my collection of 5 books I wish more people would read. I am not arguing that these are the best works of their kind in any category – I don’t pretend to know that much. What I am offering is just a handful of books that I really enjoyed and that I think deserve more attention. (READER ALERT: the direction that this post took was influenced by watching and listening to a lot of non-book media).

Note from seaworld.org.: “Historically humans and their extinct ancestors were classified in the Family Hominidae while all great apes (chimpanzees, bonobos, gorillas, and orangutans) were classified in the Family Pongidae. However, biomolecular and genetic research along with recent fossil evidence have identified new similarities between species, leading to the reclassification of chimpanzees and gorillas into the Family Hominidae.”

Oh, there are plenty more titles I think people should read, but I’ll save that stuff for the future. I think 5 recommendations at a time is plenty, don’t you? Sorry for getting stuck on race there for a little bit, I couldn’t help reflecting back some of the information I’m currently taking in. I stand by my recommendations, however, as solid pieces of writing that I do wish more people would read.

Let me know what titles you think everyone should have on their MUST READ list. In the meantime, thank you for stopping by and I hope you are having a great summer.

I was only half kidding at the end of my last post when I said that I would be writing a list of Books I Wish I Had Read, But Probably Won’t. I checked the Modern Library list of top 100 novels and found that I’ve only read thirty of the books on their “best of” list, so apparently I am reading a lot of other worthless stuff anyway. This got me to thinking though, that there is a short list of novels that get a lot of talk and that have been recommended to me by my friends and colleagues (and even assigned by teachers), but that I either decided I could live without or just didn’t merit being squeezed into my already overcrowded list. Here then is my 5 Novels I Should Have Read; But Probably Won’t Read (Ever) … along with my rationalizations for NOT reading them.

So there they are; 5 novels I skipped and never plan on reading … ever. Let me know what you think, and what books you never plan on reading. In the mean time, I’ll start thinking of my list of Books I Wish More People Would Read. I can’t promise that they’ll all be novels because I love so many other kinds of reading, but hopefully you’ll find something interesting on my list.

Thank you for reading and hope you’re having a great summer.

Ordering books for the LMC forces me to read a lot of book reviews, and it also makes me think about all the wonderful books I’ve read, and all the books I still have on my “to read” list. I’ve placed two book orders this summer, adding over 150 titles to our collection, so obviously, I’ve got books on the brain. Summer is supposed to be a time for reading (despite what the kids may think) and I would like to share with everyone my list of summer reads of (relatively) new books that look interesting. Granted this is a form of judging a book by its cover, but it goes a little deeper than that. Trust me; I’m a librarian.  (Note: The books’ synopses are lifted straight from the Barnes and Noble site.) 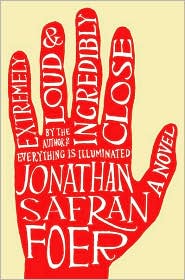 Meet Oskar Schell, an inventor, Francophile, tambourine player, Shakespearean actor, jeweler, pacifist, correspondent with Stephen Hawking and Ringo Starr. He is nine years old. And he is on an urgent, secret search through the five boroughs of New York. His mission is to find the lock that fits a mysterious key belonging to his father, who died in the World Trade Center on 9/11.
An inspired innocent, Oskar is alternately endearing, exasperating, and hilarious as he careens from Central Park to Coney Island to Harlem on his search. Along the way he is always dreaming up inventions to keep those he loves safe from harm. What about a birdseed shirt to let you fly away? What if you could actually hear everyone’s heartbeat? His goal is hopeful, but the past speaks a loud warning in stories of those who’ve lost loved ones before.

Letters to a Young Mathematician by Ian Stewart

During his illustrious career, mathematician Ian Stewart has written 140 advanced research papers and six infinitely more interesting books on his specialty, including the justly popular Flatterland. In Letters to a Young Mathematician, he invites us into his mind and his vocation. He explains what mathematicians do and why it is worth doing; discusses the role of beauty in mathematical thinking; talks about the relationship between logic and proof; and speculates about the future of the science of numbers

The Farming of Bones by Edwidge Danticat

It is 1937, and Amabelle, orphaned at the age of eight when her parents drowned, is a faithful maidservant of many years to the young Dominican wife of an army colonel. Amabelle’s lover, Sebastian Onius, is a field hand, an itinerant sugarcane cutter. They are Haitians, useful to the Dominicans but haunted by the knowledge that they are not entirely welcome. Rumors say that in other towns, Haitians are being persecuted, even killed. But there are always rumors.

A Long Way Down by Nick Hornsby

Nick Hornby’s predictably unpredictable fourth novel invites us to the roof of Topper’s House, a traditional London suicide haunt. A Long Way Down is delivered through the distinctive voices of four would-be plungers.

How We Got Here: A Slightly Irreverent History of Techology and Markets by Andy Kessler

Expanding on themes first raised in his tour de force, Running Money, Andy Kessler unpacks the entire history of Silicone Valley and Wall Street, from the Industrial Revolution to computers, communications, money, gold and stock markets. These stories cut (by an unscrupulous editor) from the original manuscript were intended as a primer on the ways in which new technologies develop from unprofitable curiosities to essential investments. Indeed, How We Got Here is the book Kessler wishes someone had handed him on his first day as a freshman engineering student at Cornell or on the day he started on Wall Street. This book connects the dots through history to how we got to where we are today

Letter to a Christian Nation by Sam Harris

This brief (112-page) book by philosopher and neuroscientist Sam Harris directly challenges the religious certainties of the Christian Right. Citing polls and doctrines, the author of The End of Faith vigorously attacks literalist dogmas that he believes are a direct threat to our future. An uncompromising indictment of fundamentalism.

Gidgets and Women Warriors: Perceptions of Women in the 1950s and 1960s by Catherine Gourley

This five-volume series explores questions of how the popular media of the past portrayed women and whether the images were accurate or misleading. The result is a colorful, visually appealing series with a broad but unique approach to women’s history. Although the series addresses common topics like historical events, social issues, and popular culture, it is through the lens of the era’s images-pictures, films, advertisements, and cartoons. The series’ most obvious weakness is the scarcity of racial diversity, but it deserves a place in most libraries that serve teens.

I’ve placed these books on the orders, so if you don’t get around to them this summer, perhaps you can pick up a fresh read in September. Maybe next time I’ll share my list of Books I Wish I’d Read, But Don’t Plan On Reading. It’s a good list, full of surprises some of my English teachers and professors would find interesting. Thank you for reading and stopping by. Have a great rest of the week.

First post since school officially ended and I hope that you are all enjoying your summer. Of course it would be better with some good weather, but that’s what we get for living in New England. We can’t complain about the 4th of July weekend though because those days were absolutely fabulous and, yet here we are, just days after that and we are contending with hail storms and intermittent rain accompanied by dark and foreboding clouds. Well, while I hope the weather improves soon, it has given a reason for staying indoors, and with that time I have been reading reviews as I prepare a book order for next year.

As always, I would love to get feedback from everyone (teachers, students and parents). I am ordering from Perma-bound and Follet books, and while both companies make their catalogs available online, you must login to Follet before you can peruse their selection (sorry). The partial list that I have already prepared includes most of the titles from the current reading lists and some books that have been recommended by students and teachers. I can e-mail you a copy of my current list if you leave me your e-mail in the comments section below.

Besides reading reviews and ordering books, I have had some time to spare and of course, that means surfing on the web. One of the sites I keep returning to is TED Talks because I love listening to smart people talk, even when I don’t agree with (or sometimes understand) what they are saying. Here is a list of talks that I really enjoyed from their ever-expanding treasure trove. This is the third time that I have mentioned TED Talks on this site, but I don’t think I have repeated any recommendations. The descriptions are lifted from the TED Talks site, with my occasional commentary in red italics.

Hope you find something interesting and thank you for stopping by.